To match the new look and feel of iOS7, Roambi recently released a new version of its analytics app Roambi Analytics 7. Though I’m a bit late with this post given the release was a month ago (October), there are some points that are very much worth sharing. This release has been dubbed a “visual reboot” by the Roambi design team, and after taking a look, I was wowed enough to see this as an understatement. The Roambi app is

known for its clean and simple user interface which seems to do what other vendors have struggled with, namely to provide mobile users (currently the iPad and iPhone are supported) a BI app that leverages gestures and all the other user inputs on a mobile device in an intuitive way for working with decision support data, all the while providing data visualizations that actually meet the demands of business users who are accustomed to full-fledged desktop applications for their BI and analytics needs. This latest release takes that concept to another level and almost gives you the sensation that you’re working directly with hardware that was created just for BI and analytics and not just an app that is running on your iPhone or iPad. The virtual buttons and sliders pop out just enough to be slick and easy to work while not distracting from the data that you’re trying to comprehend, and the default colors and fonts are just right to highlight the data itself. 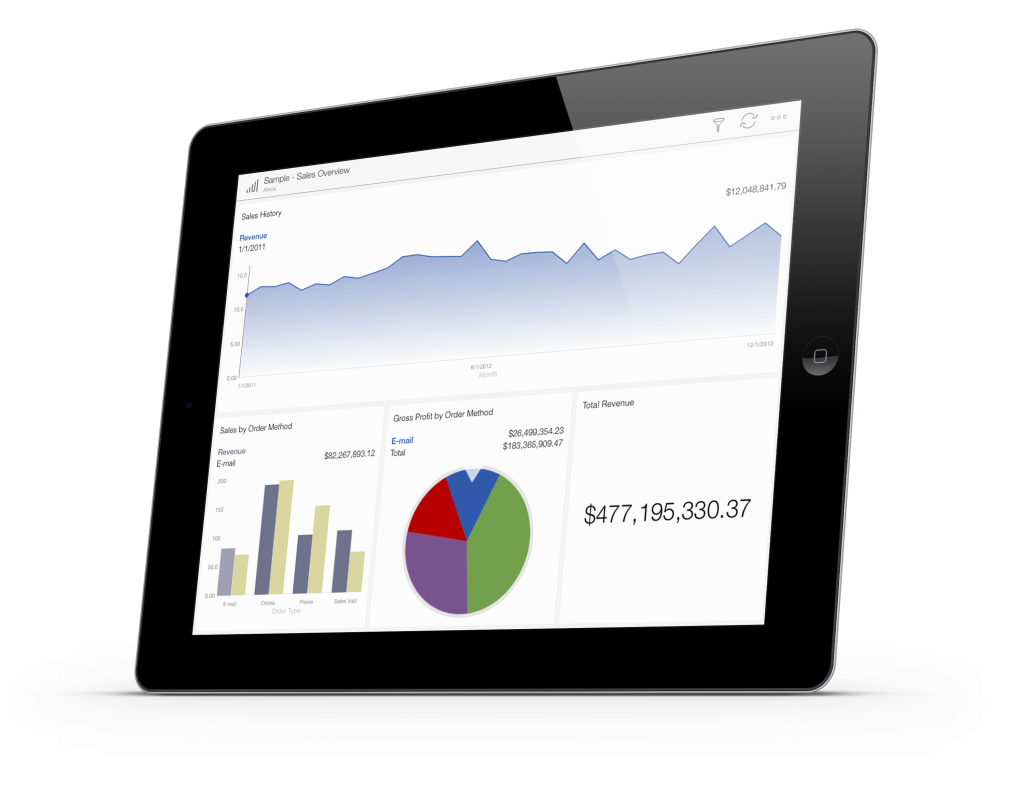 Roambi Analytics 7 on an iPad

Though the main emphasis of this release is a true-up of Roambi to the Apple UI, an extremely useful feature has also been added: the ability to create user-defined dashboards in what is called the Card View. This view lets you use other items that you have added, such as charts, metrics, or tabular data, and combine them into a dashboard. Impressively, you’d have to try very hard to build a jumbled-up dashboard because as is typical of Roambi, many of the trickier visual and layout aspects are handled for you. What you end up with is that same powerful analytics interface that you’re used to, such as the Pulse view (my personal favorite), but now in a multi-chart layout. Most importantly, all of this is done without sacrificing any user interactivity. Tap and pinch at will. Images courtesy of Roambi.com 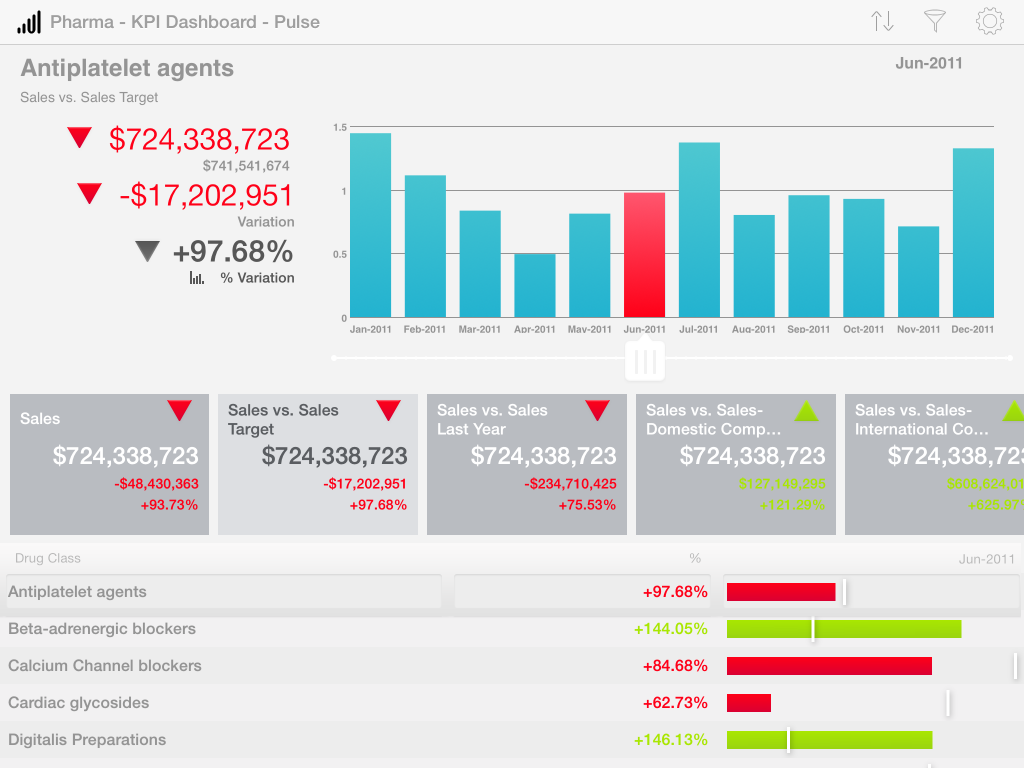 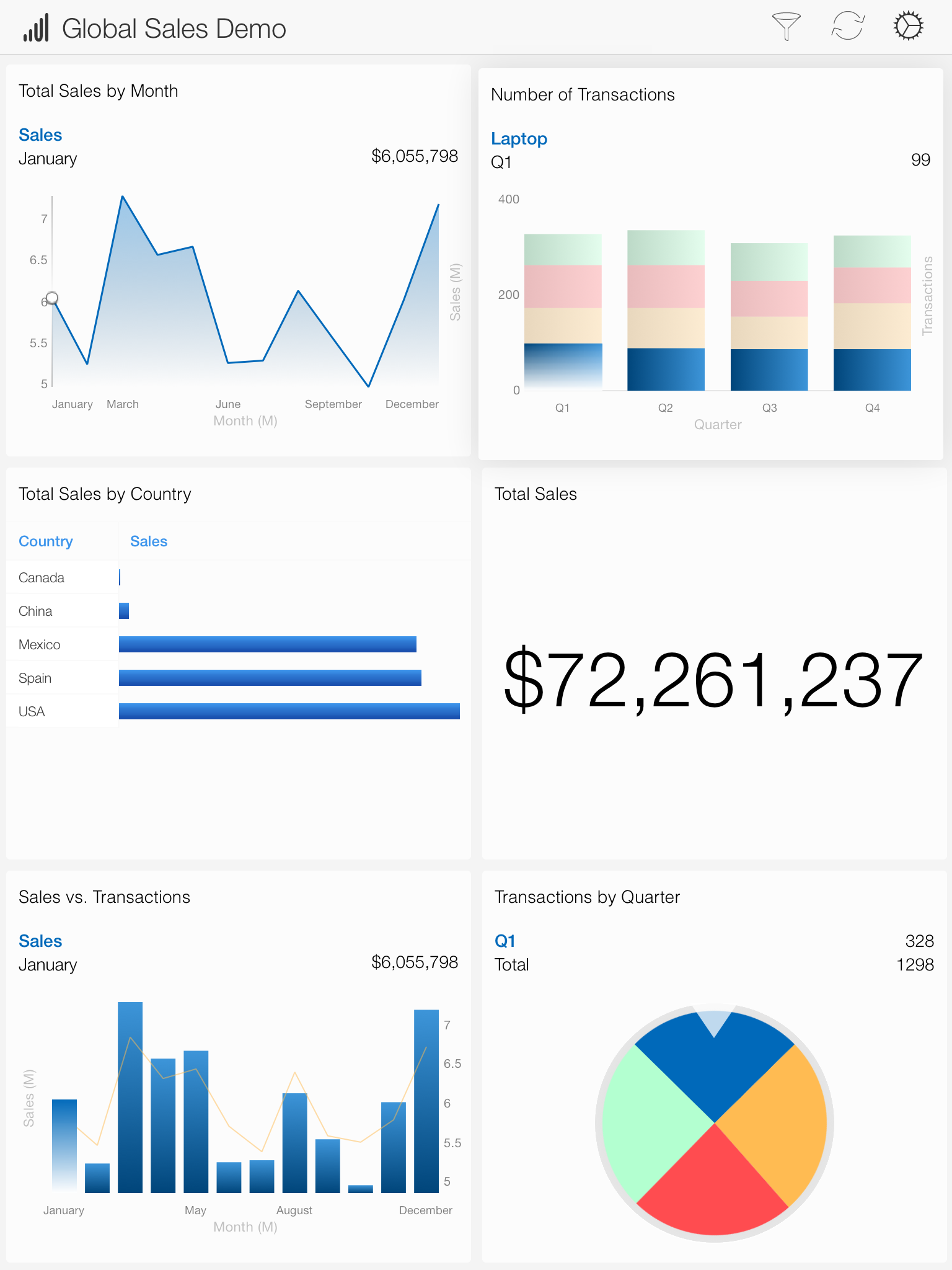 Jared Decker has over twelve years of experience in the IT industry and eight years of consulting experience focused exclusively on data warehousing and business intelligence. He has been instrumental in the successful delivery of many projects, enabling organizations to achieve improved operational effectiveness through the timely availability of critical decision-making information. His breadth of experience entails everything from business data analysis through design and system implementation. He received a B.S. in Management Information Systems from the University of Tampa and an M.B.A. from the University of Houston. Mr. Decker holds several technical certifications related to database and corporate performance management systems.